The group of companies “ SPECTECHNIKA” offers a new approach to tyres thermal recycling technology, that considers the Customer’s interest only – low costs and high profitability. This technology was tested on a certified industrial complex, which operates at tyres recycling enterprise.

Goods, obtained after tyres recycling, are:

The construction is based on the method of pyrolysis with rotating drum. The permanent material rotation causes its uniform pyrolysis, process acceleration, carbon residue milling and metal cord separation by twisting it into a single bunch.

Materials are heated into a closed space without access for air. Organic compounds convert into synthesis gas and go into a condensation system. At this step the materials are thermally treated into reactor within 12 hours. 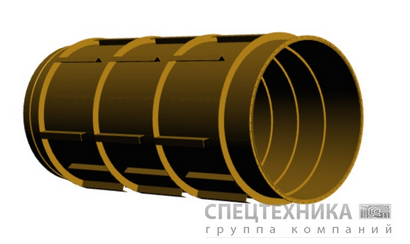 Innovation loading device allows to load tyres inside the reactor continuously in the automatic mode, that increases process efficiency and safety. While this process there is no peak value for the condensation system at maximum gas output, as the reactor is loaded partially and a few tyres are being pirolyzed at the same time. Additional loading is made into “boiling” layer, that increases efficiency of material thermal destruction. 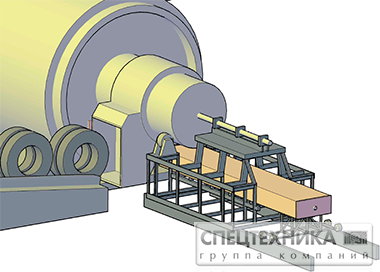 Gas discharged from the reactor into the condensation line goes without usage of smoke exhausters, because of occurrence of its own pressure during the pyrolysis process. That minimizes a discharge of carbon dust and its ingress into the pipelines. After cooling the most part of synthetic gas turns into a fuel oil. Fuel heavy fractions are separated in order to improve its liquidity and further using in diesel burners. 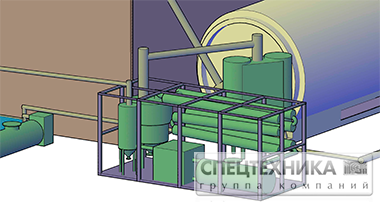 Uploading of carbon residue occurs just after the pyrolysis cycle, hermetically to outer aunger, then it goes to storage capacitor for further cooling. Carbon residue uploading unit is made inside the reactor and does not have movable parts, what provides its safety and efficiency. Uploading process is dust-free because of unit hermiticity. It allows to upload the carbon residue into a separated “dirty” room for packing. 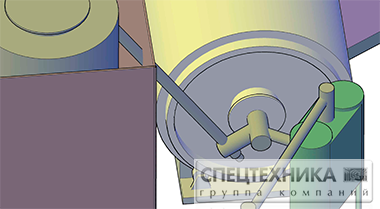 After long-time rotation of reactor the metal cord twists into a single compact bunch, easy for transportation. In order to avoid workshop dustiness during the unloading a screen is used. After the reactor the metal cord gets in pit and rolls down by angle subterranean base out of workshop, where it is washed by water from carbon dust and then it is ready for dispatch. 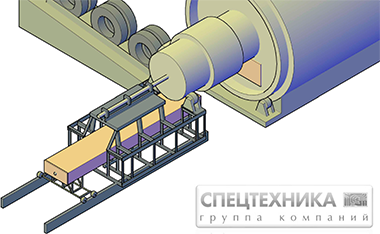